Let me start by saying I spent a LOT of time in EB Games (for the snootier game player – Electronics “Boutique”) and Babbage’s as a wee lad. I’ve liked video games since I was exposed to the Atari 2600. The NES practically changed my world – it definitely added the occasional blister to my thumb. GameStop (Ticker: GME) is the remaining company having swallowed up pretty much all the other game stores (and closed many of them).

But prefer to not go broke expressing that opinion. Look, I am not the first bear on GameStop and certainly not the richest. I can say that I won’t lose 6 Billion shorting it though. Video games are as popular as ever, pulling in $180B in 2020 compared to a movie industry that sold only $42.5B at the box office in 2019. Why hasn’t GameStop been rolling in the money? Digital. A *lot* of games are downloaded digitally, skipping the physical cartridge or disc. GameStop will get a boost from selling the new consoles, but the fact that both Sony and Microsoft offer “Digital Only” versions of their new consoles should be pretty ominous to shareholders. GameStop’s big money maker historically was buying used games for a few dollars and then reselling them for Much Much more. The digital nature of many video game sales effectively cuts out this profit.

GameStop has also expanded into merchandise and electronics sales. I’ll plead ignorance to how popular the first is, but I know I’ve never even considered browsing their site for electronics – I just assume Amazon (ticker: AMZN) will ship it to me before I even know I need it. For cheaper.

Why would someone be bullish on GameStop? Well the big ‘news’ is that they added some new activist board members with a lot of experience in “e-commerce, online marketing, finance and strategic planning”. That was good enough for a 68% jump in the stock. Sixty Eight. GameStop is (and remains) one of the most heavily shorted stocks. So -any- good news can lead to a short squeeze and a dramatic rise in the stock. Very few people predicted this sub $5 stock would be all the way above $30 by January! Note, some did and they made a lot. (“Viewer discretion is advised” for reading those links. Note that this Won’t work for most people, but their conviction was certainly impressive).

There are Lots of articles on the short squeeze, the Reddit vs. Short Sellers saga, that I encourage you to seek out – for entertainment if nothing else.

Bearish on GameStop – what to do?

I decided to put on a bearish play in GameStop, but (in my opinion) more importantly, I tried to take advantage of the ridiculous implied volatility in the name. I placed a trade similar to:

No. Take a look at the implied volatility for these options. I’m selling an IV of 365% and buying one at 253%. In other words, I’m getting paid a lot to sell the option that expires near term and paying quite a bit less for one that expires longer term – a trade structure I’m happy to repeat over and over.

The ideal state is that the option I sold expires worthless (GME at 50.01) and the volatility of the Feb option skyrockets.

When the nearer term volatility stays more expensive than the further out expirations, one can often continue to sell options against the long. So this Friday, one could sell a put that expires Next Friday and take in an additional premium.

If you roll to a lower strike, one could turn the position into a put spread for a net credit. At the market close today, for example, we could close this week’s put and sell the Feb 12 45 put, receive a net ~0.30 credit and a “free” diagonal spread.

What do you do if the stock keeps going up?

I was able to put this into practice today. I got out of a lot of my position when GME was trading well north of $100 – for a profit. The calendar had increased to about $7 for a 75% profit on this trade in just one trading day.

These types of run-ups occur from time to time. There are some that will make life changing money (see previous Reddit links). If you have some ‘play’ money and want to take a shot, go for it – but only do it with money you can afford to lose. As I can’t watch the markets the entire time, I prefer to take risk defined approaches on favorable setups. When GameStop restocks the PS5, I’ll use some of today’s profits to their (dwindling) revenue and buy mine from there. Actually, I’ll probably just wait until Amazon has it in stock (Disclosure Long AMZN!)

Feel free to check out our free and paid membership options. Or reach out to us via email, Facebook, or Twitter with any questions, article requests, or just to say hi! 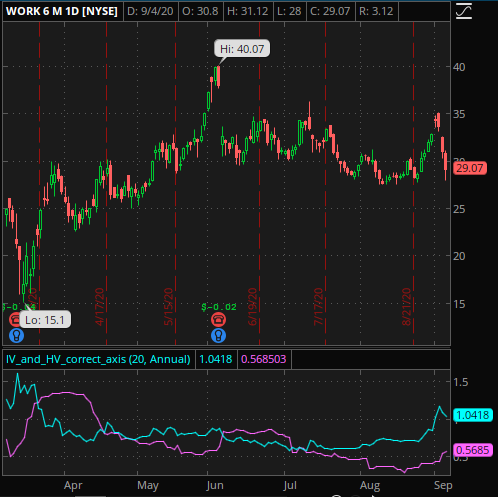 Day before earnings – “XYZ reports tomorrow, I know it is going to beat expectations, and I’ve loaded up on calls!” Day […] 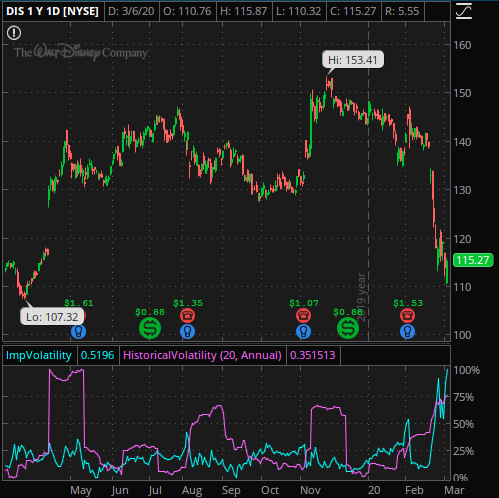 Remember October 2014? We were all eagerly anticipating the upcoming release of Big Hero 6. OK, maybe not. What is interesting about […] 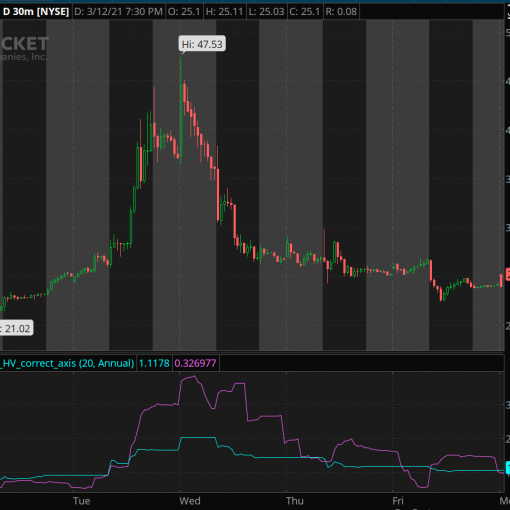 Implied Volatility is fun. Really. I have mentioned before that I think beginning option traders focus on delta, then find out about […] 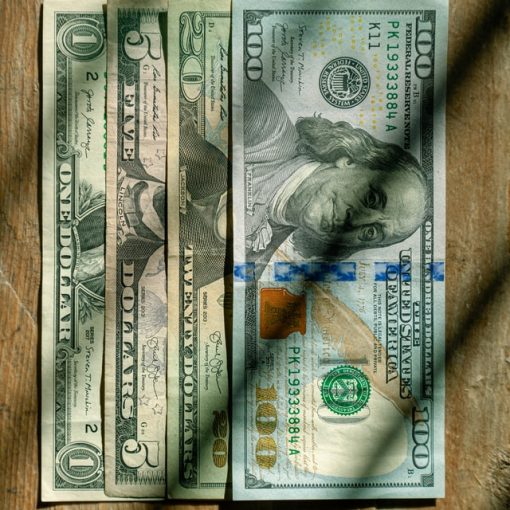