You can see that IWM has been fairly range bound over the last 6 months, going up and down, but with very little trend. 10 percent less than its current value is about 200 (yes, I’m rounding).

Looking at the September 17th expiration (monthly), we could:

We’ll take a look at the pros and cons of each.

Buy IWM for 10 percent off by selling a put

Selling a put is a straight forward play and at expiration we’ll make money as long as IWM ends above 198.83 (this is calcualted by the strike price minus the initial premium received).

If IWM ends below 200 we’ll be assigned 100 shares at the 200 level. If it ends above 200, it expires worthless. While Not exact, the thinkorswim platform calculates an almost 88% chance that the put will expire worthless

Buy IWM for 10 percent off by placing a ratio spread

The ratio spread or 1×2 is not as intuitive to newer traders. We are long one put and short two puts. Another way to look at it, is we are long a put spread and short a put. Let’s take a look at the P&L diagram:

Pros to the trade:

If we are assigned, we’ll be long shares at an equivalent of 199.10, which is almost 10% below its current value and lower than IWM has reached in the last 6 months.

This is a high probability trade, with the expected move (based on the straddle) to the downside near 210, which is our long leg.

Cons to the trade:

[Insert obligatory COVID-19/pandemic comment here that anything could happen]

We need to be willing to take ownership of 100 shares at an equivalent 199.10 (Technically, we’d be buying shares at 200). This is $20k that would be allocated to the trade – but remember we went into this trade trying to buy 100 shares at a 10% discount.

One nice feature of the 1×2 is that you can adjust the expiration and strikes to tweak the risk/reward parameters based on your preferences.

Counter point to the %return con:

While strictly our risk is $19910, the probability of IWM going to 0 approaches zero. This would mean that all ~2000 companies go bankrupt and their shares become worthless. As an ETF based on an index, if a company does go bankrupt, it will almost certainly be replaced with another (not bankrupt) company.

The point is that our risk is likely quite a bit less, which increases our notional return on risk.

In addition, we have an opportunity to make quite a bit more than the $90 if IWM ends up between 200 and 210. A good example of this was in a free trade we provided on SPY (Go Long Spy at Lower Levels).

On portfolio margin the trade will use approximately $1330 of margin. For those that consider return on margin, this is obviously a much more favorable potential return percentage.

As a reminder, placing this trade requires one to buy IWM for 10 percent off. The ratio spread is another way for traders to try and get long at lower levels and have the potential for a higher return than simply selling a put.

If you would like weekly trade ideas sent to your inbox or phone, consider a Silver Membership. As of the time of this article, we have an over 96% win rate since the beginning of 2020 – that includes the COVID downturn! 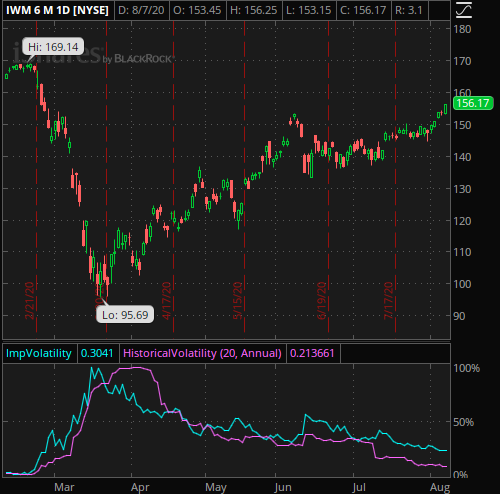 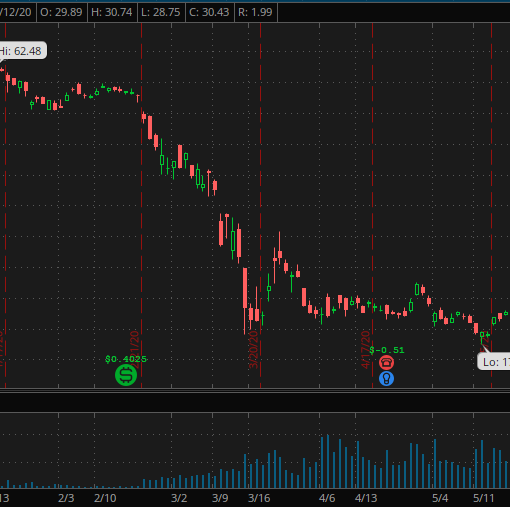 Delta’s old slogan has a much different feel to it, given the current pandemic. Delta used this saying back in 1968. It […] 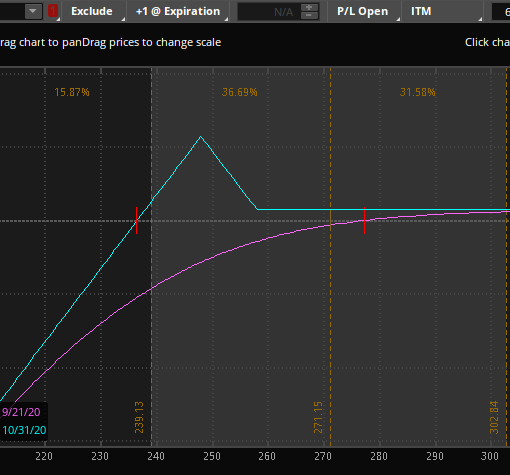 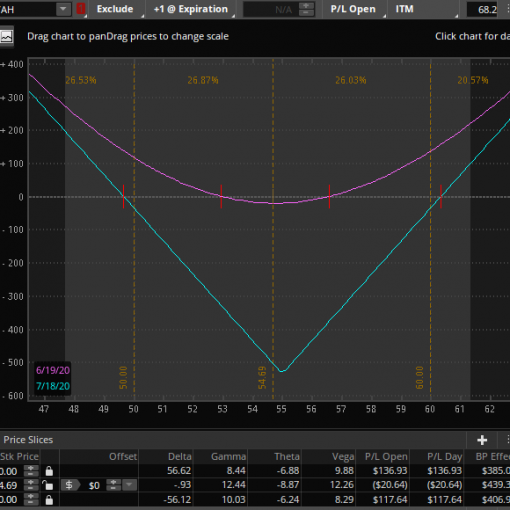 A scan of my portfolio shows many trades that are short volatility/long theta. The trades benefit from little movement and time passing. […]