I received a call from a member, a week before Apple’s split 4:1 asking whether they should buy shares for their long term account before the split or after the split. I gave my canned stock split pitch about how the value of the company is the same before and after the split, that you own the same (tiny) percentage of shares, etc. If one is buying as an investment (which implies long term), then it doesn’t really matter when you buy. An investor should generally put his or her money to work as soon as possible and then wait. If you want to minimize potential regret, one can divide their capital into equal pieces and buy on a fixed schedule (25% on the first of the next 4 months, for example).

Back to AAPL – in case you missed it (and if you’re reading this, you haven’t), since they announced on the stock split on the 30th, AAPL shot up leading into the split. Shortly after it gave back much of those gains as most of the market has dropped:

Should I buy AAPL now? Full disclosure I’m long AAPL and will probably add a few shares tomorrow as part of my mechanical buying of it each month – building a Long term investment in the name. Will I be adding additional bullish option trades in the name? No, I don’t see a great bullish option trade at this point. Let’s break down a couple common option strategies, an example idea for each, and an explanation on why I’d avoid it for the time being:

The most straightforward bullish option position. If we’re bullish near-term, we could look at the October 16th, at-the-money call. The 112.5 strike can be purchased for 6.45 at the ask. It is expensive. That’s almost 6% of the underlying for an option expiring in 33 days. Note also that the Implied Volatility remains high compared to the long term values in AAPL. Pre-COVID, AAPL hadn’t hit a 50 vol since the large sell-off at the end of 2018 (Christmas Eve).

One could go further in time to say, the January ATM call and pick up the 112.5 strike for 11.25. That gets you almost 4x as long for AAPL to go up for less than 2x the price. If I had to buy a call, I would go longer term, but again, the Implied vol is still about 44% out in January.

Take a look at historical volatility. AAPL is currently moving more than the options have priced. I try to avoid selling options in these scenarios. HV is at 53% and the option we’d sell is at 48%.

It is OK to Not take a trade if the conditions aren’t favorable or you’re simply not comfortable with them. We’ve had a big rally in tech with Increasing Implied Volatility – which isn’t the norm. We’ve had people bidding up names that split (AAPL, TSLA), with no change to the underlying fundamentals. Other than the few shares of AAPL I’ll buy for my long term account, I’m going to sit out on AAPL options trades for a little while until the name stabilizes or the vol conditions become more favorable. There are plenty of other good opportunities in the market in the meantime.

Option Salary members receive weekly trade ideas (not AAPL this week!) and remain well ahead of the market this year. 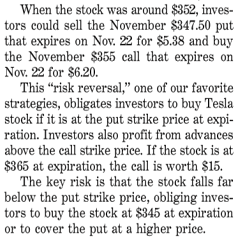 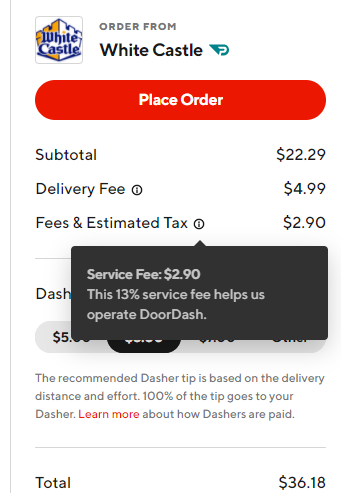 I’m bearish on DoorDash. I’ve been a user since before COVID, but really only when they offer a great deal – no […] 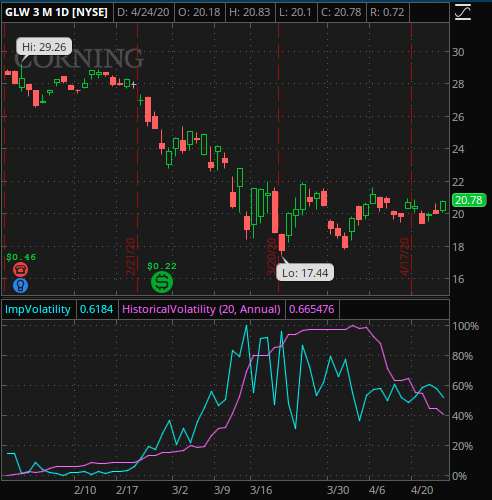 This week, we look at a little known company that supplies a key component in your cell phone. We don’t usually think […] 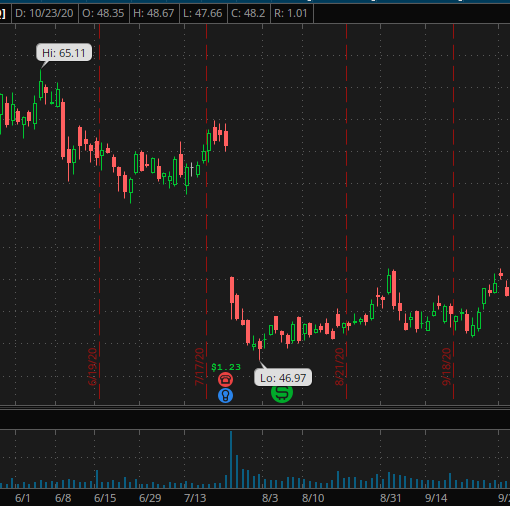 Not too long ago, in addition to a poor joke or two, I suggested bullish option trades in Intel (Ticker: INTC) after […]